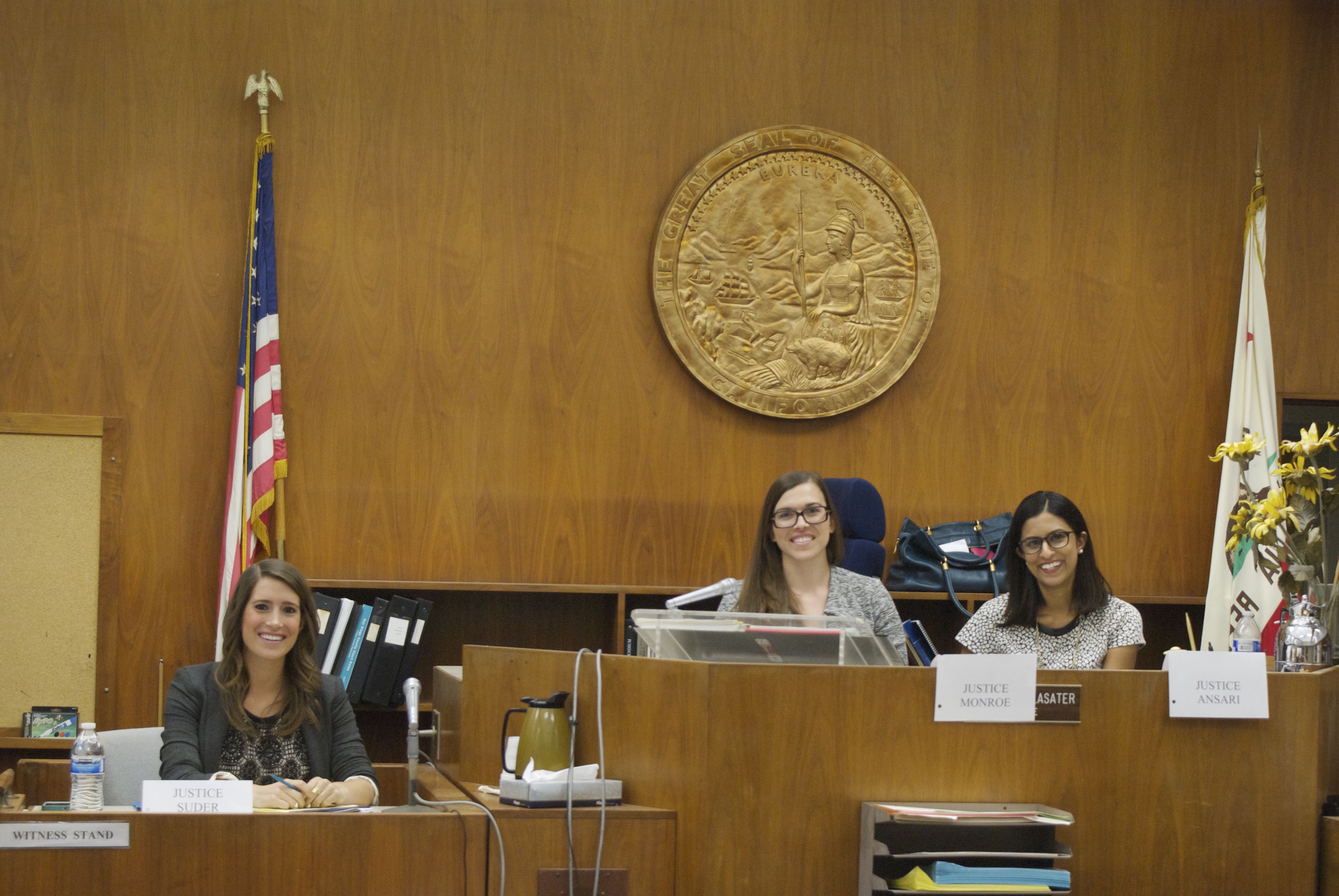 2Ls are invited to compete in any of the two intramural tournaments held at USD during the year: the Alumni Moot Court Competition (Fall) and the Paul A. McLennon, Sr. Honors Moot Court Competition (Spring). Competing in an intramural tournament involves writing an appellate brief and delivering several appellate arguments in front of a panel of judges.

Apply for the Executive Board and National Team